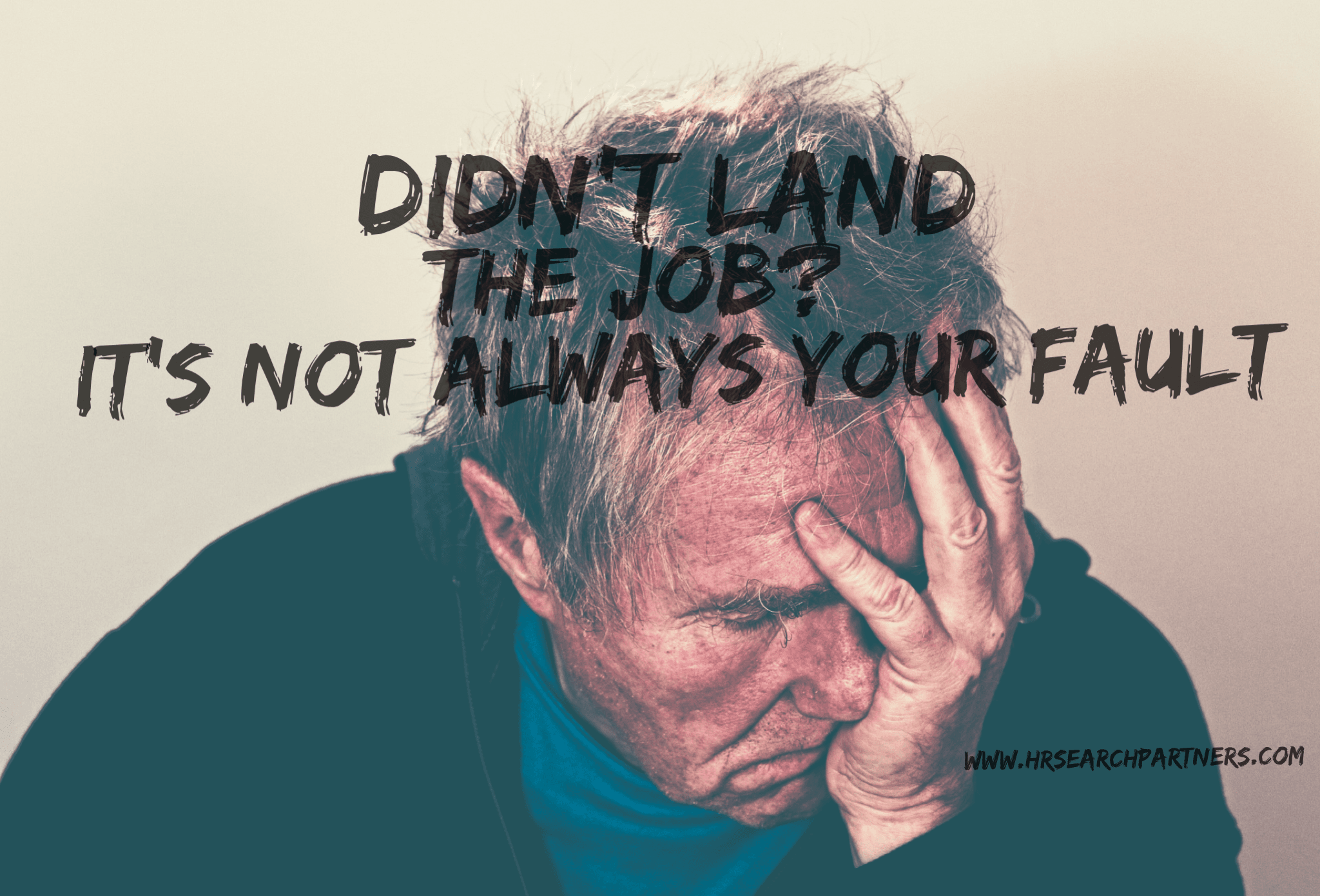 Another situation where money hinders the hiring process is when the budget is approved, but higher management later revokes it. Awkward!

The company could have unexpectedly changed the job description halfway through the interviews as well. Meaning that there might be additional skills preferred for the position that you were unaware of. Again, not your fault!

3. Restructuring
Perhaps after the interviewing process, the company went through a restructuring process. This could have eliminated the position you were hoping to have or shifted the hiring manager you originally interviewed with. In either event, if you are still very interested in working with the company, it’s never a bad idea to keep in touch and let them know.

4. Red Flag
Even though you aced the interview and have impeccable references, companies can still find red flags to prevent them from hiring you. With the rise of social media in this day and age, hiring managers will often look up possible candidates on Facebook and Twitter.If you aren’t keeping your online presence clean, they might find something to halt their interest in you.

Social media isn’t the only thing that can raise a red flag for a hiring manager. If other employees have heard negative gossip (true or not) they could cease all interaction with you. You should also be wary of small talk you make during the interview. For example if you bring up that you’re children are very active in traveling sports teams, then later go on to ask how flexible your schedule would be, this might raise a red flag that you would be asking for a lot of time off.

5. Politics Came Into Play
In this case is definitely has nothing to do with you, and more to do with the hiring manager. Say your hiring manager’s superior comes to him/her and says that they want them to halt all interviews and instead interview their niece, nephew, friend – you catch our drift. If you’re hiring manager is looking to win over the approval of their superior, they’ll do what they ask and you won’t hear anything back. It’s an unfortunate circumstance, but doesn’t reflect that you were an inferior candidate.

6. Stressed Out Hiring Manager
As with any job, hiring manager’s get swamped to. With hiring comes a multitude of paperwork and documents to be filled out, meeting with upper management, all on top of their normal workload. So it’s easy for hiring to fall to the bottom of the task list.

7. Being #1 is Not Always So Fun
Were you the first person they interviewed? Depending on how many candidates they interview after you, you could wind up a faded memory.

The longer the time span is between your interview and the last interview, it also allows for other candidates to swoop in and give a gleaming interview, stealing your limelight.

8. Internal Hiring
One of the more common reasons, they go with someone they already employ. Think about it, why go through all the work of bringing on a new person when you have someone they can do the job internally. It makes sense.

If you’re feeling a little down because you haven’t heard back from the company you interviewed with, keep in mind it could be something beyond you. Sometimes it really isn’t you, it’s them.